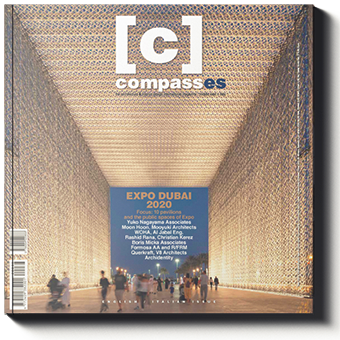 The C38 is now available

Not a “simple” magazine. A media platform of contents and ideas targeting architects, interior designers, consultants, traders, design and architecture addicts. From Middle East a new way of looking to the future.

Compasses quarterly magazine was set up in Dubai in 2007 by a team of design and architecture fans – not architects! – who intended to spread in the world from the Emirates, the heart of the Middle East, the amazing and innovative changes which were happening in this part of the world.

Compasses Architecture & Design was originally intended to become a unique showcase of Middle Eastern continuous transformation into a charming, dynamic and contradictory anthropized environment. In its pages you could appreciate how new trends in urban planning, architecture and design were moving from the worlds’ historical trends setter capitals like Milan, London, Paris and New York, to Dubai, Doha, Abu Dhabi, Jeddah, Manama and Kuwait City.

The founders noted that in this part of the planet there was very little attention to professional communication and decided to introduced the first B2B quarterly magazine in the Middle Eastern world with the attempt to stimulate the professional readers’ imagination and curiosity on themes that are not always noted or evident, encouraging a continuous exchange between the origin of things and their projection in the future.

So it was introduced not a “simple” magazine, not a commercial magazine, not a periodical mag but what can be better defined as a “technical & trendy book” a “cool magazine” where a selection of projects, ideas and innovations from the world are published – where architects from the UAE and the GCC countries can find the perfect Media for those living and working in a developing area with a view to the future and with a strong influence from both Europe and the rest of the world. 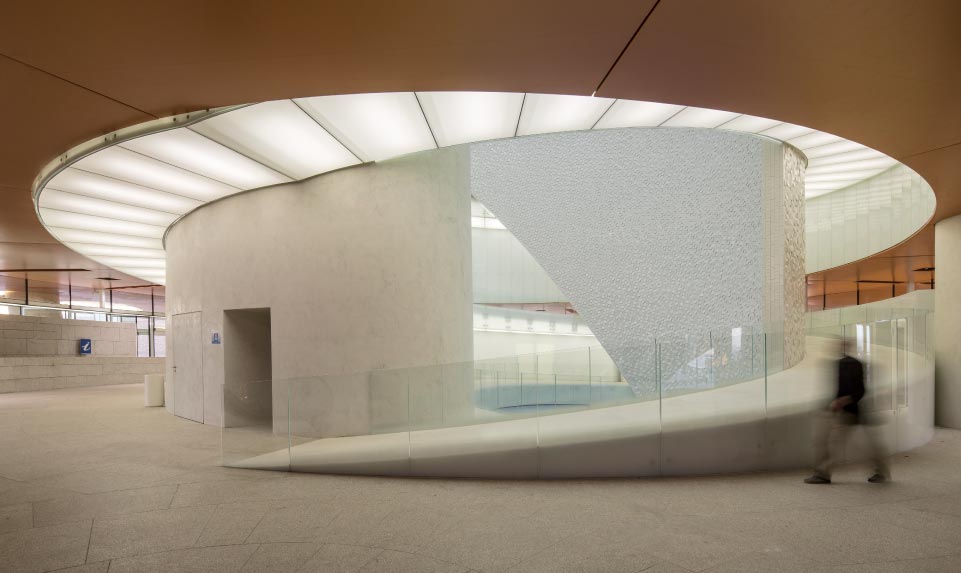 Compasses was immediately appreciated as a knowledgeable magazine. In the first issue there was an inaugural dedication form the archistar Massimiliano Fuksas, in the second volume, Compasses was the first magazine in the world to publish the Abu Dhabi White Mosque and the history continued in 22 volumes where top Middle Eastern projects and design innovations and were presented together projects arriving from Europe, America, Far East. Compasses published Ideas, gave space to possible future plans and to the latest trends.

Also the scientific directors were recognized as either trend setters like Cherubino Gambardella, or top reviewers like Luigi Prestinenza Puglisi.

Compasses, after first years of growth it slowly transformed itself into a media platform of contents and ideas targeting architects, interior designers, consultants, traders, design and architecture addicts and VIPs. In this evolution process the magazine was first associated to a web portal, then to a Facebook page with more than 10.000 architects and designers as fans, to a periodical newsletter distributed to the Middle Eastern community, to a space within the top exhibitions of the Middle East where Compasses’ Friends can find the magazine and meet the publisher and the editors and, in the next months the IPAD version will be launched. So we are branding our platform into compassesworld.

The evolving story of Compasses sees in 2016 a new scientific director, Andrea Pane, who is professor of architectural conservation at the University of Naples Federico II. The new layout of the magazine keeps the former base enhancing the scientific contents with a specific section dedicated to longer articles as essays and papers regarding the main topic of each issue. Besides architecture and interior design, the new mag points out even planning and heritage issues, which are both topical in all the Middle East countries. The new editorial board is composed by many academics and professionals in the fields of architecture, planning, conservation, design, based both in UAE and Italy. The new editorial staff is composed of a team of young PhDs. New blood for new ideas to keep Compasses looking forward.

WHERE YOU CAN FIND COMPASSES MAGAZINE

Subscribing to our plan

By downloading the Official Compasses App