Present in many researches, ranging from the photography of places to the most intimate and introspective photography, it is a privileged theme to talk about complex and stratified worlds, anticipating a future that is not so far away anymore. As an analysis tool, it stands as a peculiar object-subject to study contemporary society, and – with the help of the photographic medium – it allows us to understand and comprehend the dynamics and mechanisms of a piece of history with very close connections to the post-pandemic present.

Industrial archaeology and the post-industrial landscape are, in fact, fundamental pieces to read the relationship between mankind and the planet Earth, to understand how this relation has been modified over time, what reality it produced and what imagery it created, modified or disintegrated.
Closely related to science fiction, photography for and of industrial archaeology can guide us in a sort of modern Grand Tour among the ruins of what were once the pulsating arteries of capitalism. 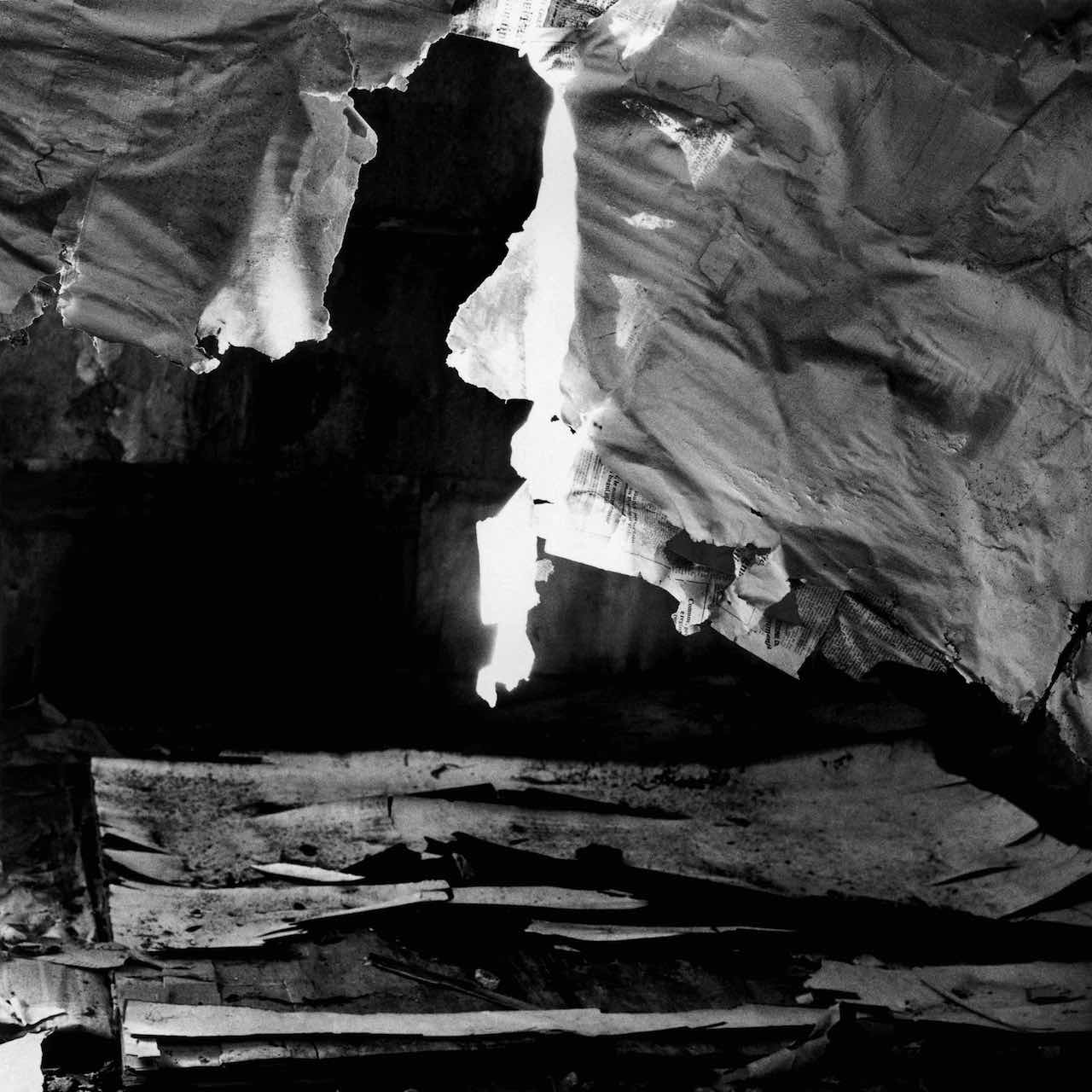 Oscillating between cataloging and vision, this particular object-subject shows us the complex relationship between observation and exploration of the productive city. It shows us how what remains can become a microscopic and macroscopic instrument of cartographic measurement, useful for investigating urban transformations as well as more subtle, only laboriously tangible, mental geographies.
Geographies linked to an idea of human history and of our living in the world, especially in relation to the modification of the scenario called landscape.

With a brief excursus into the work of Bernd and Hilla Becher, Gabriele Basilico, David Lynch and Antonio Biasiucci, we will explain how industrial archaeology entered the research of these authors, so building a reflection on the great transformations of the contemporary landscape and on both the link and the unresolved or unbridgeable cracks between contemporary man and the territories he colonized. Authors or, better still, intellectuals, who questioned the dynamics of what has been not only an urban transformation, but also an economic, social and existential one.
For these authors, photography becomes a complex cultural form that moves on several levels, a photography that, on the one hand, tries to capture the sense of the territories it investigates and, on the other, tries to configure future and dystopian scenarios. What is evident today, in the aftermath of a pandemic that forced us to review our entire (eco)system, is that also the photography for and of industrial archaeology tell us the irrecoverable fracture between man and nature. 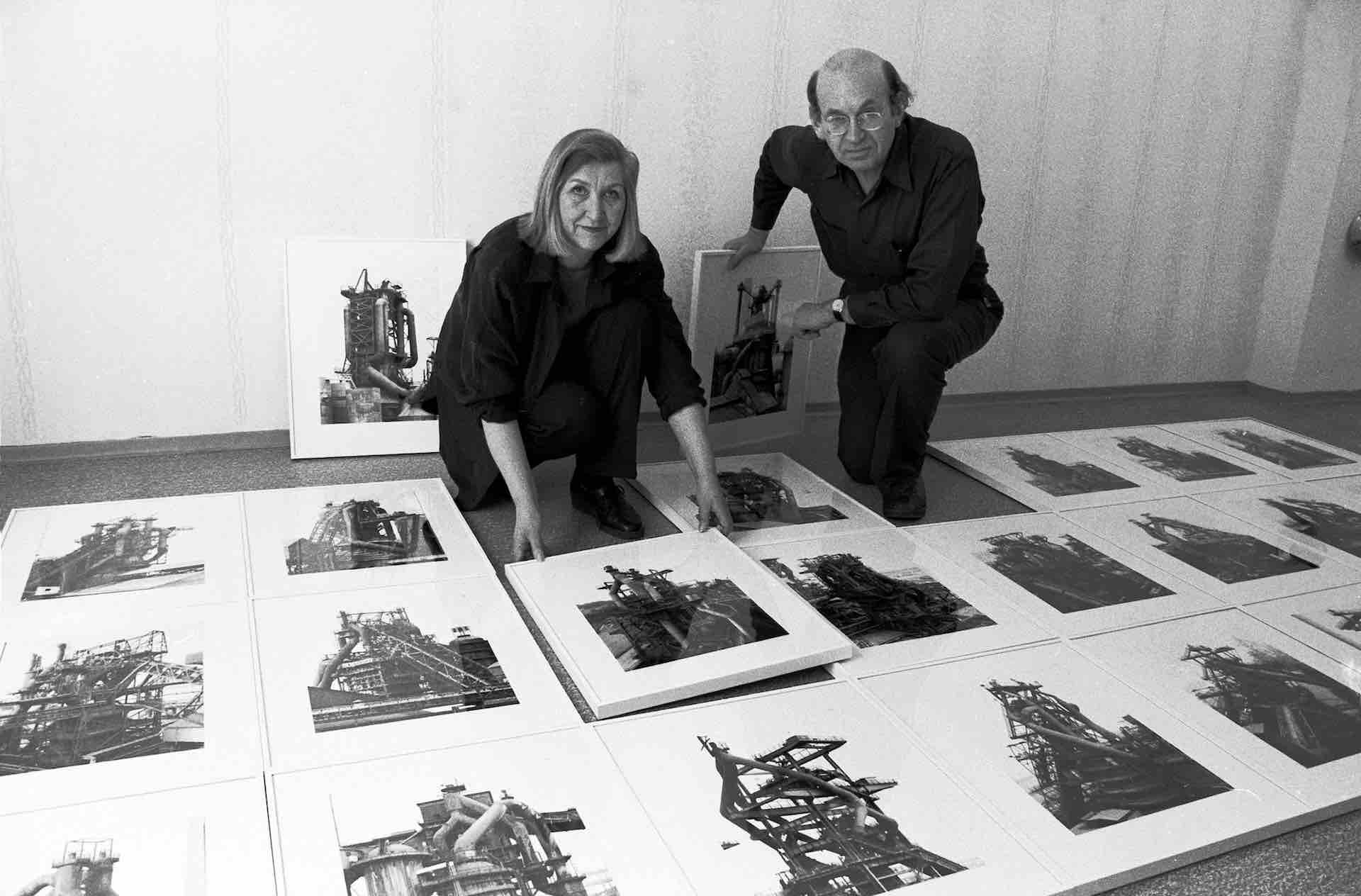 Although easily ascribable to a work of mere documentation, the Bechers’ operation goes much further. Their cataloging, which avoids any distortion or dramatization of the subject, aims at an ideal view: all the subjects are framed from the same point of view, with the same atmospheric conditions. The use of the grid-polyptych – to place side by side industrial structures of the same type or to analyze the same building from different points of view – facilitates the highlighting of formal differences in relation to functional and structural needs.
The Becher’s photographs lead us into mosaics of admissible variations of a world in total disuse: as portraits of the transience of the industrial machine, they remind us of the fundamental feature of the world we inhabit. 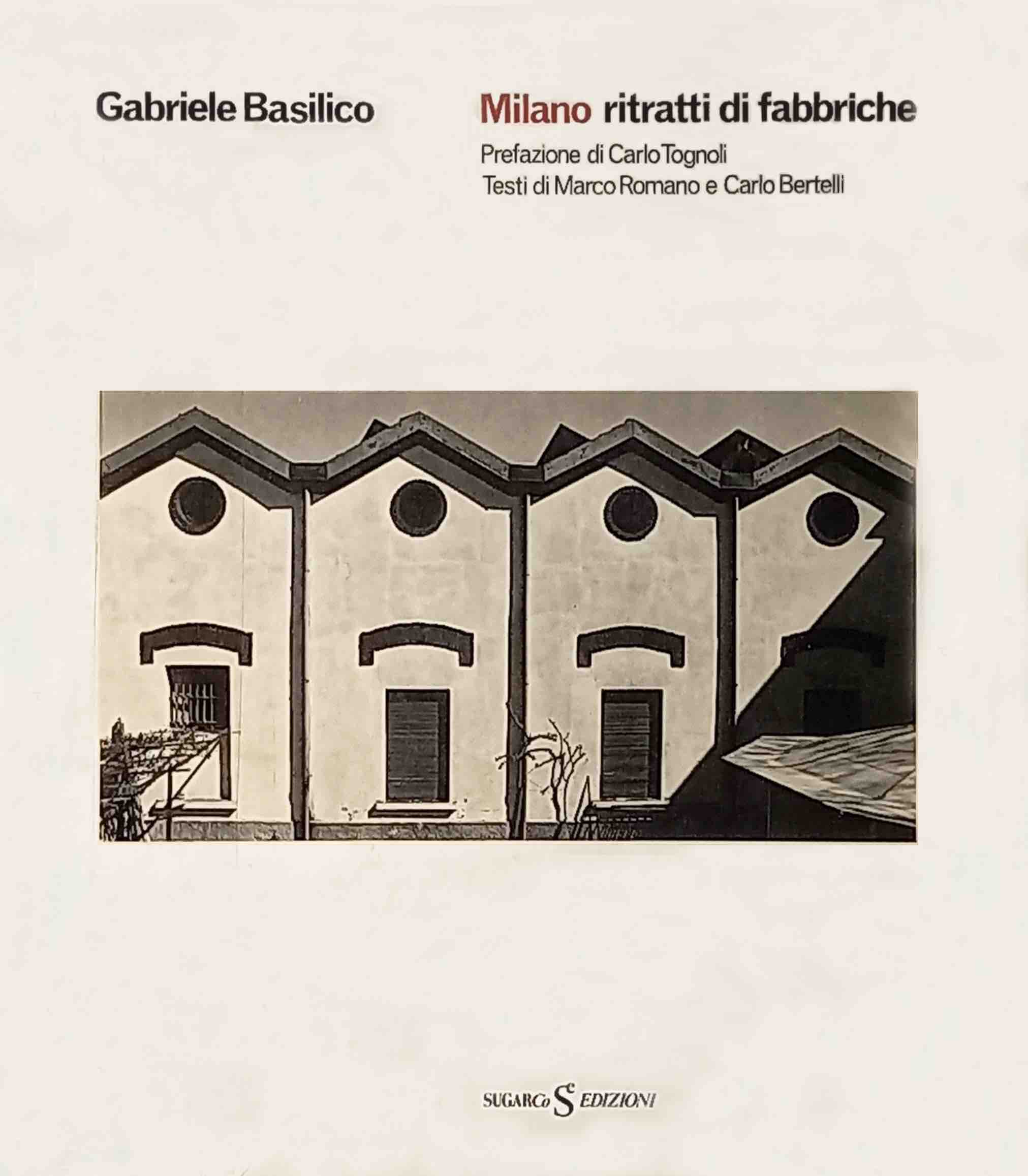 The Becher’s research marked a point of no return in the history of contemporary art and inspired profound reflections on the meaning of industrial photography even in Gabriele Basilico, one of the masters of Italian photography. Milan. Portraits of Factories is a work realized between 1978 and 1980, a photographic operation halfway between cataloguing and archaeology, triggered by reflections on the work of the Becher, even if formally they are at the antipodes.
With this work, Basilico detaches himself from the reportage format and approaches the documentary one, also creating the first systematic mapping project of the industrial realities of Milan. A work rich in silence and loneliness, in which the issues of questioning the contemporaneity and rethinking current problems are evident. 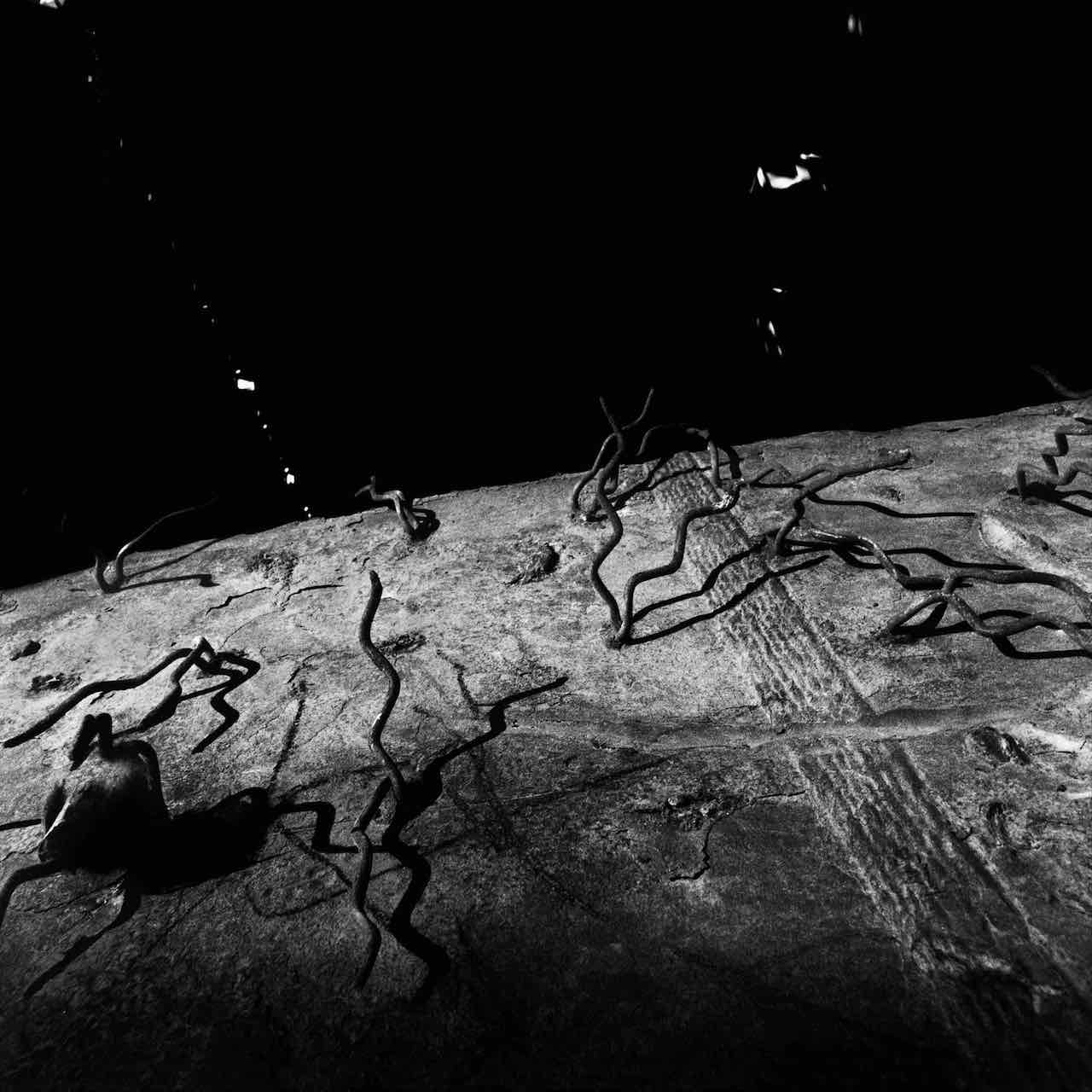 Quite different is the approach of David Lynch in his The Factory Photographs, black and white pictures – taken between 1980 and 2000 – which testify to the director’s fascination with the disuse of industrialization, including factories, chimneys, smokestacks, broken glass, machinery, cornices, domes, towers, windows, portals and structural skeletons, that all become the absolute protagonists of a bleak narrative. They are the corpses of industrialization, of the modern cathedrals of work. A restless journey in full Lynchian style, leaving those who observe the photographs with a sense of discomfort towards the landscape that man himself created. Exasperating and dramatizing the vision, we find ourselves in apocalyptic, yet familiar scenarios. Suffocating and inevitable, these landscapes are there to remind us of the outcomes of our system. 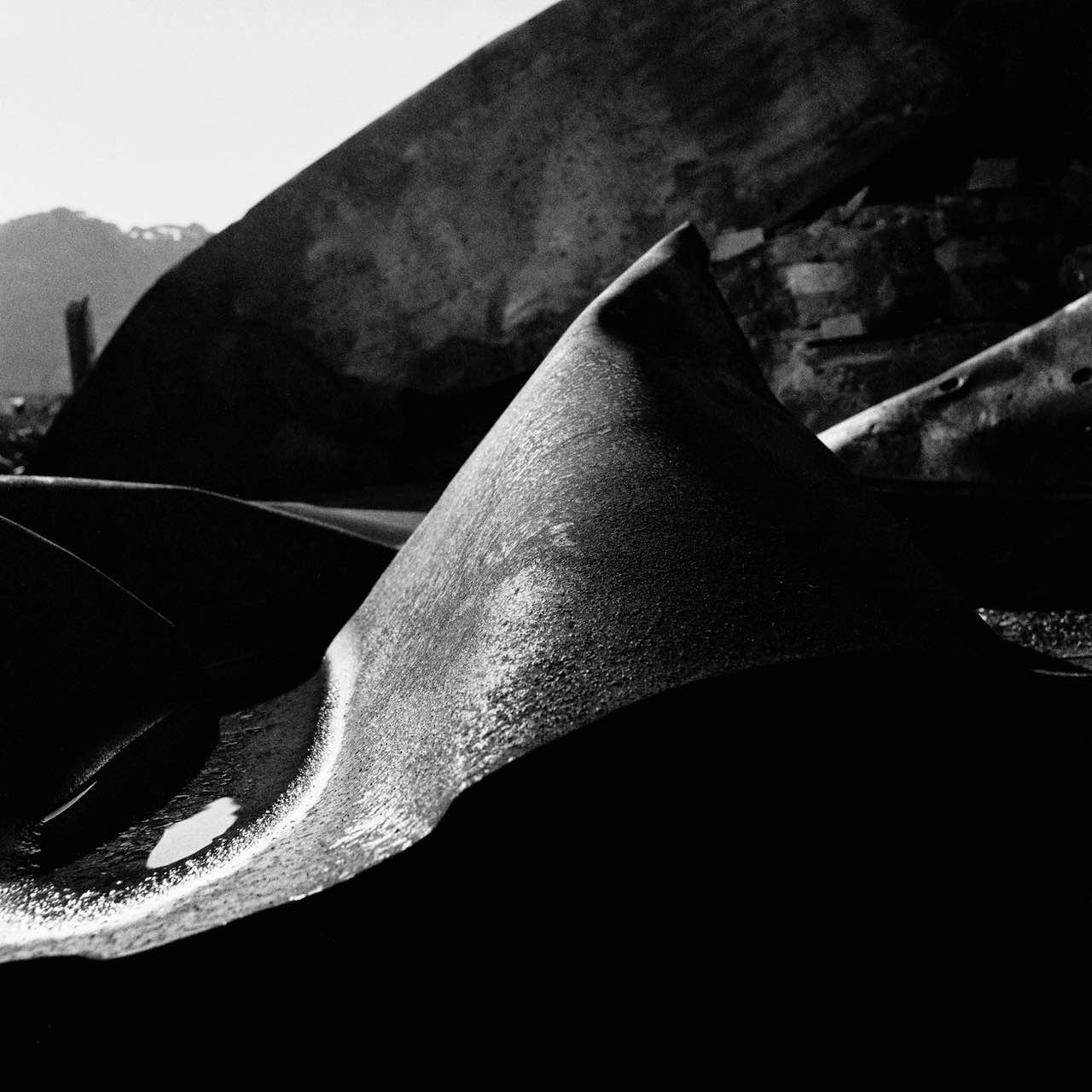 This close relationship with catastrophe is also found in the work of Antonio Biasiucci, whose research investigates arcane and mysterious universes.
The presence of industrial archaeology is evident in several works. In Res (1993-99), a true metaphor of the catastrophe, the Italsider of Bagnoli, a disused steelwork area, becomes a representation of the dismantling of the world; in Messa a fuoco (2015), the ashes of Città della Scienza, Italy’s first interactive science museum, reduced to a pile of rubble by a fire, are recomposed through a polyptych of remains that rise as vibrant matter, shaped into a powerful new structure that, from its catastrophe, this time, is reborn. 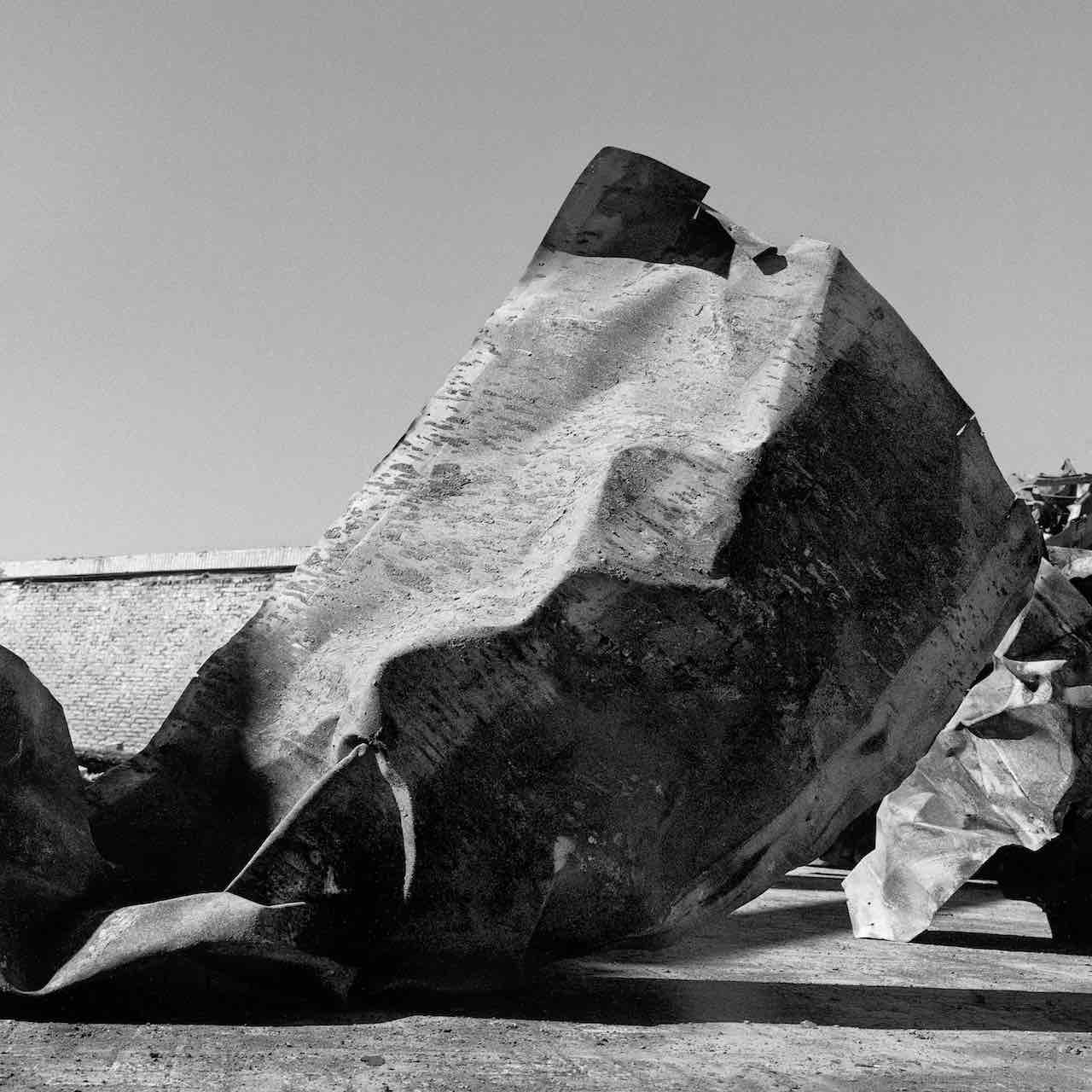 Industrial archaeology becomes, in short, the protagonist of a narrative that goes beyond architecture, the urban, the peripheral. It becomes, particularly in this historical moment, a measure of our relationship with the world. Observing it, and observing how artists approach it, can help us to read a compromised reality, but at the same time invites us to find the key to survive – quoting Donna Haraway – in an infected country. 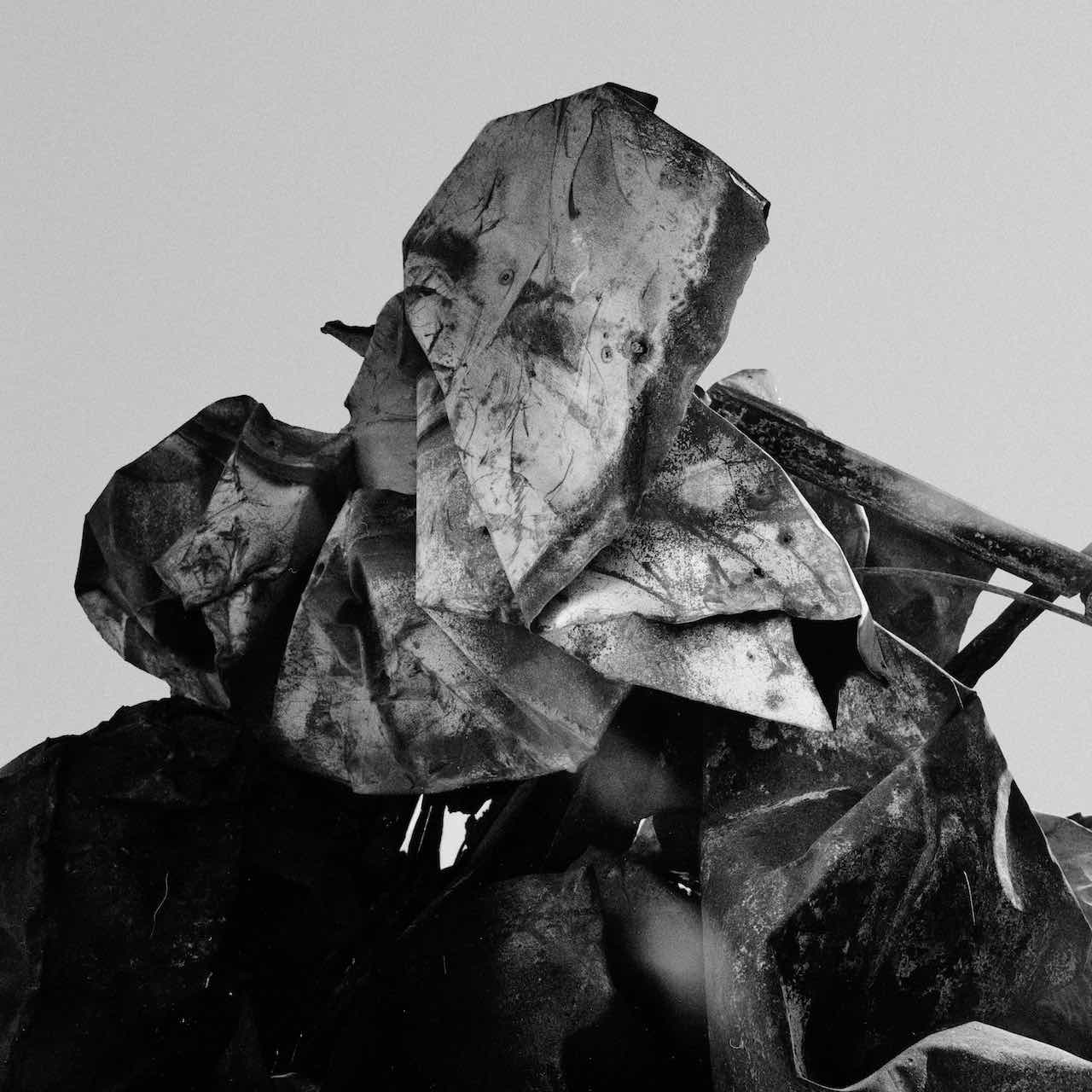 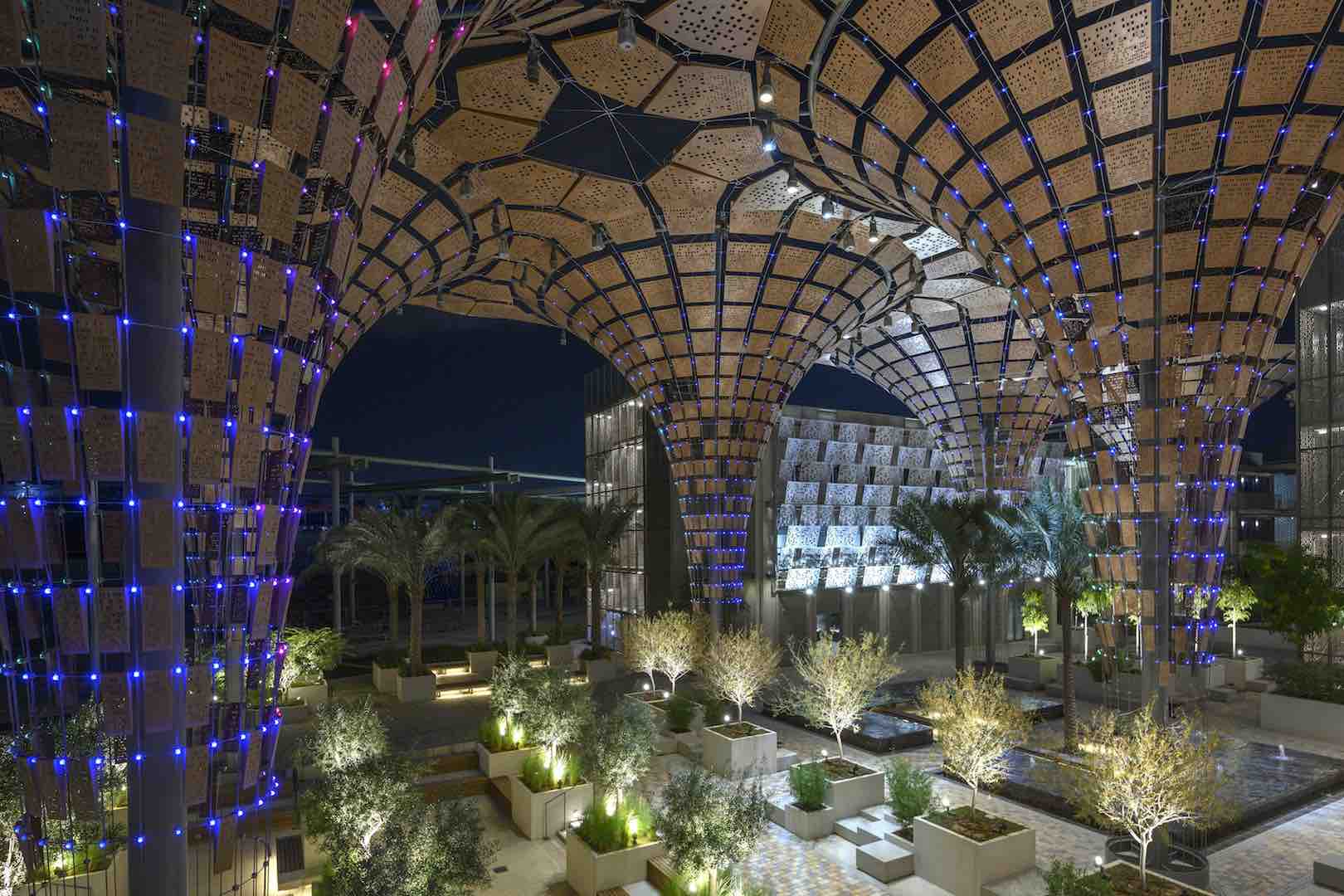 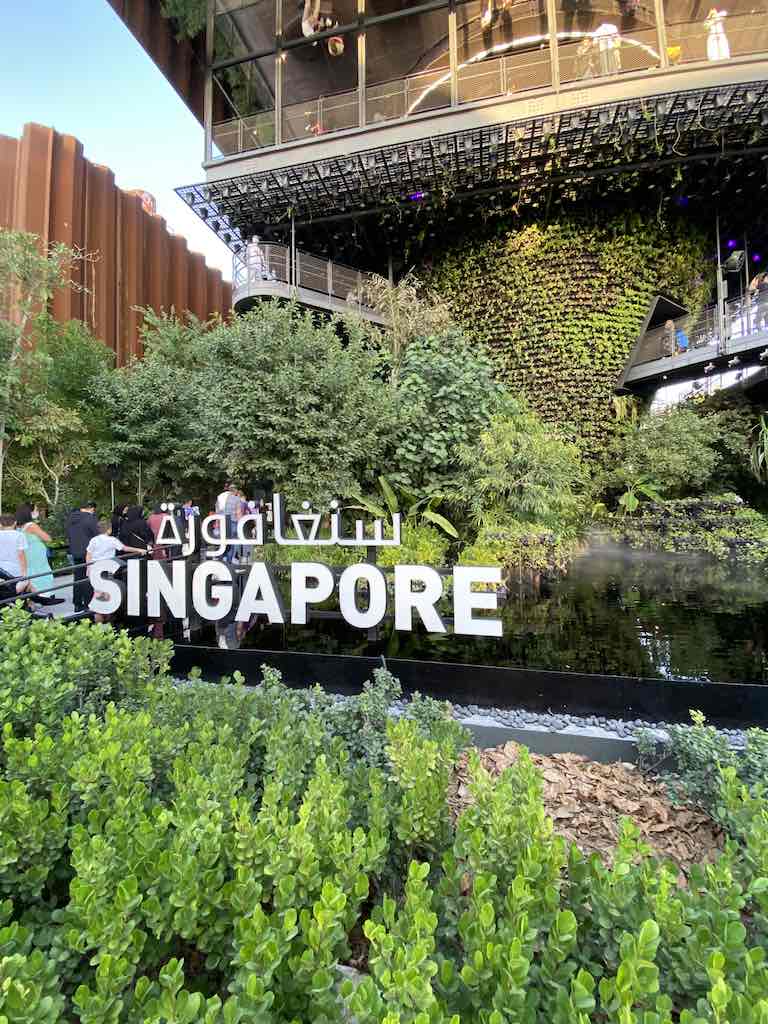 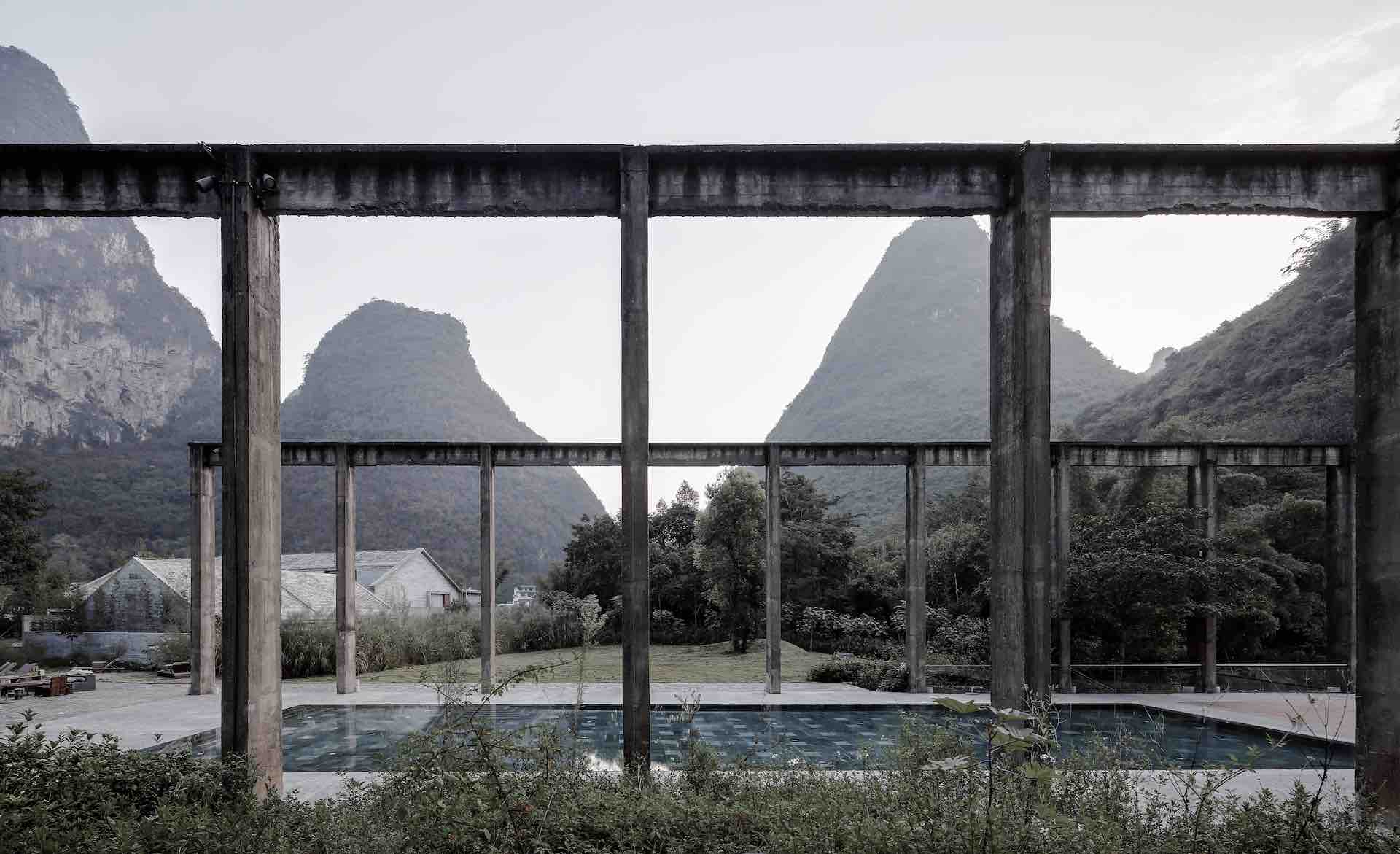