Nevertheless, recently real estate projects are promoting an outdoor lifestyle for the full year, using architectural concepts that blend seamlessly open air and indoor environments. The integration among high-vaulted enclosures and wide-open shaded spaces, sometimes conditioned with a high energetic impact, generates experiences that the braves can enjoy even during the most difficult times of the year.

The manmade landscape, within the urban neighborhoods, is luxuriant: bushes and trees, such as the iconic palms, are a recurrent theme. The immense roundabouts with manicured lawns are decorated with multicolored flowerbeds, meticulously planted twice a year and constantly absorbing a high volume of the per capita water need. Even though, at a first glance, those manufactured landscapes seem alien to the local natural environment, a link with the rural activities can be traced in the UAE ancestral traditions. Al Ain, an important inland city bordering Oman and known as the “Garden City”, benefits from a thriving green cluster at the hearth of its urban texture. Its six oases, recognized by UNESCO as places of cultural interest, are a flourishing agricultural and productive wonder that characterize both the city economy and its identity. Extensive date palm spots, beyond being the source of one of the local delicacies, shelter, under their pleasant shadows, people who take a walk while admiring the local landscapes. The falaj is a complex irrigation system that unfolds itself above and below the ground. The hypogeal fraction consists of different channels, dotted by extraction and maintenance wells, collecting pluvial and spring water resources, while the epigeal portion is an intricate network of canals and pools, plastered to avoid any leakage and to minimize evaporation. Even though the system is widely used in the entire region and beyond (from Europe to Asia), some archeological findings date the Al Ain network 3000 years back, making it the world’s oldest exemplar. While other sources trace its origin to the Persian Empire 5000 years ago, within modern Iran there are no evidences confirming such dates. 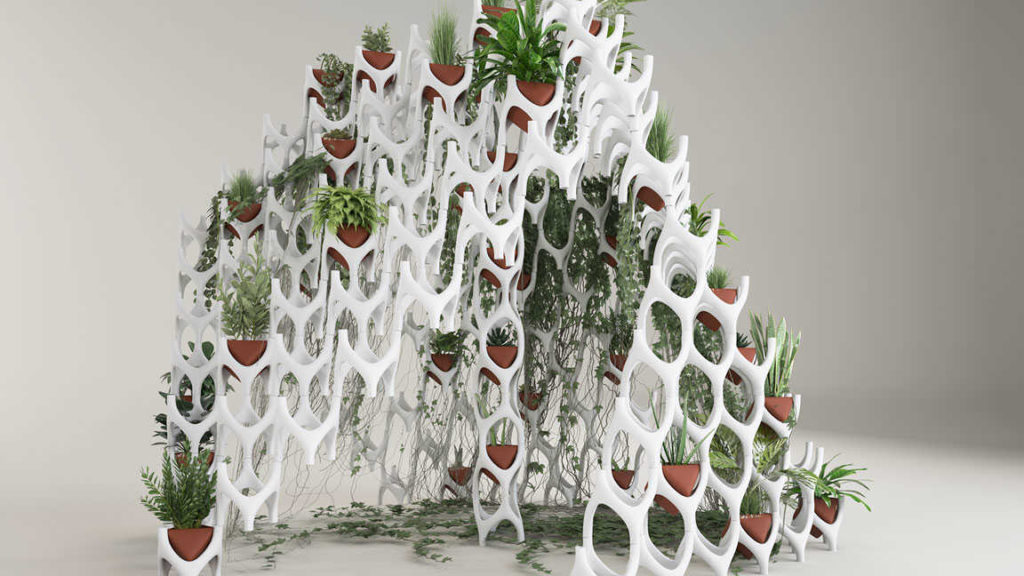 Other valuable vegetal assets, this time having a purely naturalistic character and often endangered by the real estate coastal development, are the mangrove’s forests, which cover a 150 kilometers area between the shore – affected by tides –and the many swampy lagoons. Those green lungs extract from the atmosphere carbon dioxide to grow their aerial roots, feed the many bird and fish spices hosted in the shade of their foliage, also mitigating the extreme weather. Mangroves have a strong saline resistance and generate a characteristic environment made of green islands, resurfacing from the shallow crystal waters, protecting the coast from erosion and nurturing a broad biodiversity. Among the migratory birds inhabiting the mangroves, there are pink flamingos, herons and greater eagles, while among marine life there are dugongs and green turtles. The mangroves around Dubai Khor, a brackish water lagoon recently converted into a waterway with the addition of an artificial canal that creates another outlet to the coast, are a fascinating birdwatching point where it is possible to admire the elegant flamingos’ silhouette contrasting with the modern skyline. Down to Abu Dhabi, the green of the mangroves and the emerald of the shallow seawater surround with a brilliant hug the main islands of the city center, forming an intricate touristic path that can be slowly enjoyed through a kayak ride.

In this context, m.groove was proposed for the Urban Commission competition, part of a recent edition of the Dubai Design Week. Every year, this annual award aims at adding a new small contribution by local architects and designers to the Dubai Design District, a hub developed accordingly to the masterplan by Foster & Partners, populated by a blend of internationally renowned firms and small growing startups. Even though m.groove wasn’t realized, it passed several selection phases and was inspired by the above-mentioned naturalistic references, generating a sheltered environment, also porous to climatic agents. A passive cooling system is combined with the natural shelter and the photosynthesis in scalable compositions fitting the urban environment as a sort of garden. It is a midway scale project between architecture and product design, since it is made by a single module, in the pursuit of extreme simplicity, even if it aims at composing an organic and articulated aggregation, following a complex and unexpected grammar. 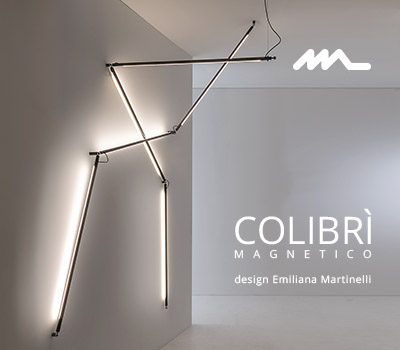 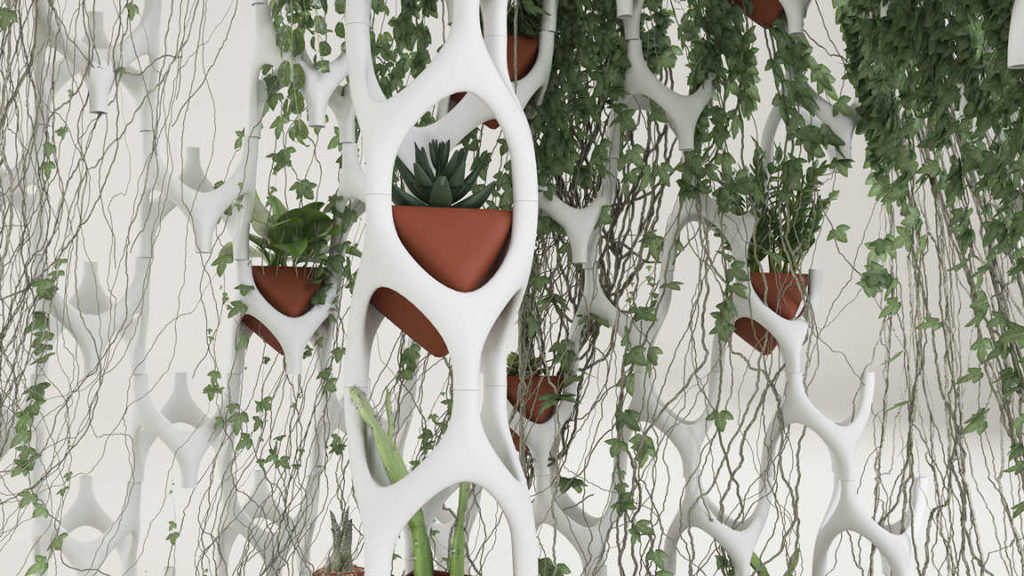 The module itself is a hollow ceramic structure in which the irrigation water flows, arriving to the plants’ vases hung on the composition. Water reaches plants’ roots by gravity while the porosity of the material allows its evaporation, subtracting heat to the surrounding environment. The plants, selected among local varieties of bushes and climbing trees, tolerant to the harsh climate, shade with their foliage the underneath space from the direct sunrays. The “conversion” of carbon dioxide into oxygen further contributes to a healthier atmosphere, solving an environmental issue that in the Emirates, given the climatic condition and the availability of fossil resources, is brought to an extreme condition. Air conditioners are constantly working day and night for six long months to cool the iconic glass architectures, quite unsustainable for the region; on the other hand, cheap oil makes big cars affordable, crowding the humongous eight-lane motorways.

If not for the reduced scale, m.groove would recollect a brutalist architecture, and, in fact, the pattern resembles Hubert Schiefelbein’s façades. Dubai is not new to the brutalist movement that can be found in its initial urban developments. The Shaikh Rashid Tower, by John Harris – the first architect entrusted by rulers to design a land use plan – is a 40-year-old foundation block of the actual Trade Center, usually standing alone against the desert background. This 39-floor tower façade is the result of a concrete module that embed both cultural values, through the stylized arches, and environmental ones, represented by the niches protecting from direct sun irradiation.

The result is a sum of an extensive research on plane and space subdivision that characterize the Modular Constructivism School, symbolized by the work of Erwin Hauer and Norman Carlberg, made of complex surfaces developed around an often extremely simplified module, if dissected in its basic form. In a similar way m.groove does not necessarily need to be composed as an architecture, but it could work as a divider on a balcony or as tale stand. In any case the proposal wants to be a sustainable alternative that rather than working against the elements, with high waste of resources, works in symbiosis with them to mitigate their excesses. 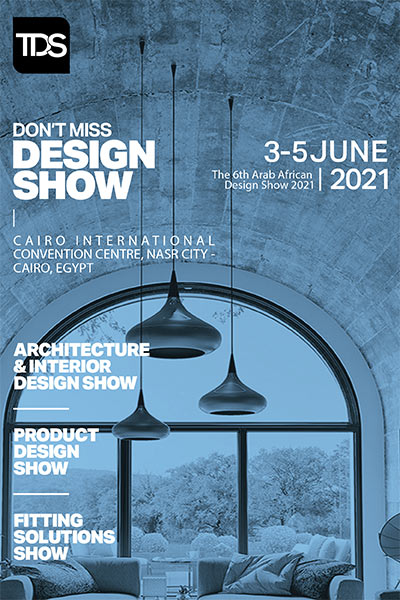 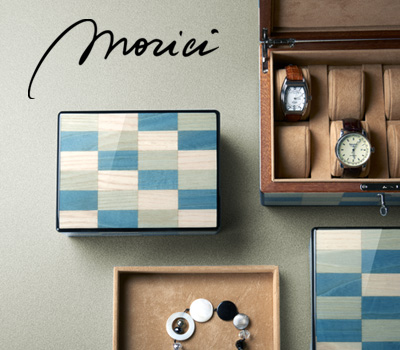 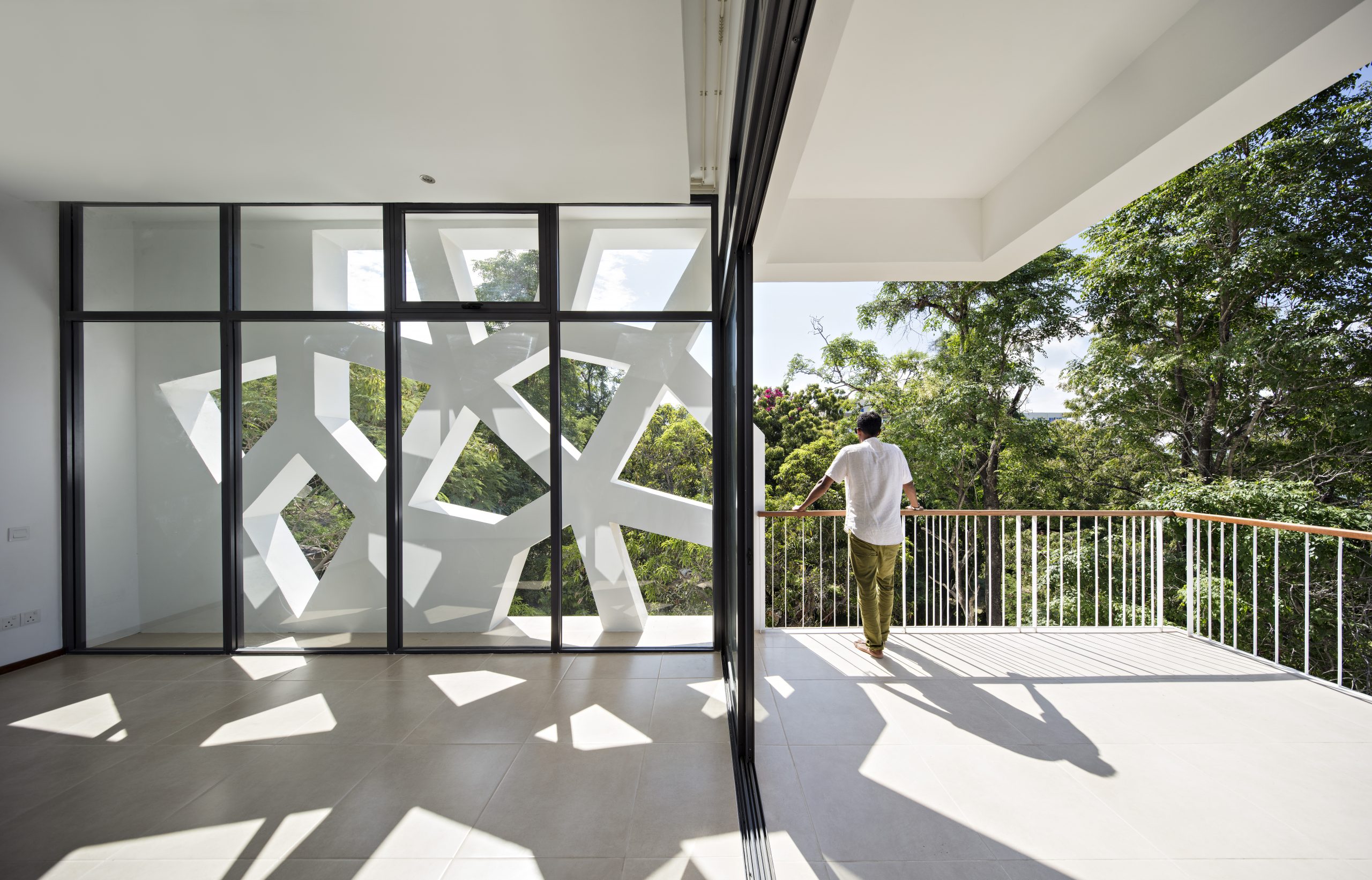 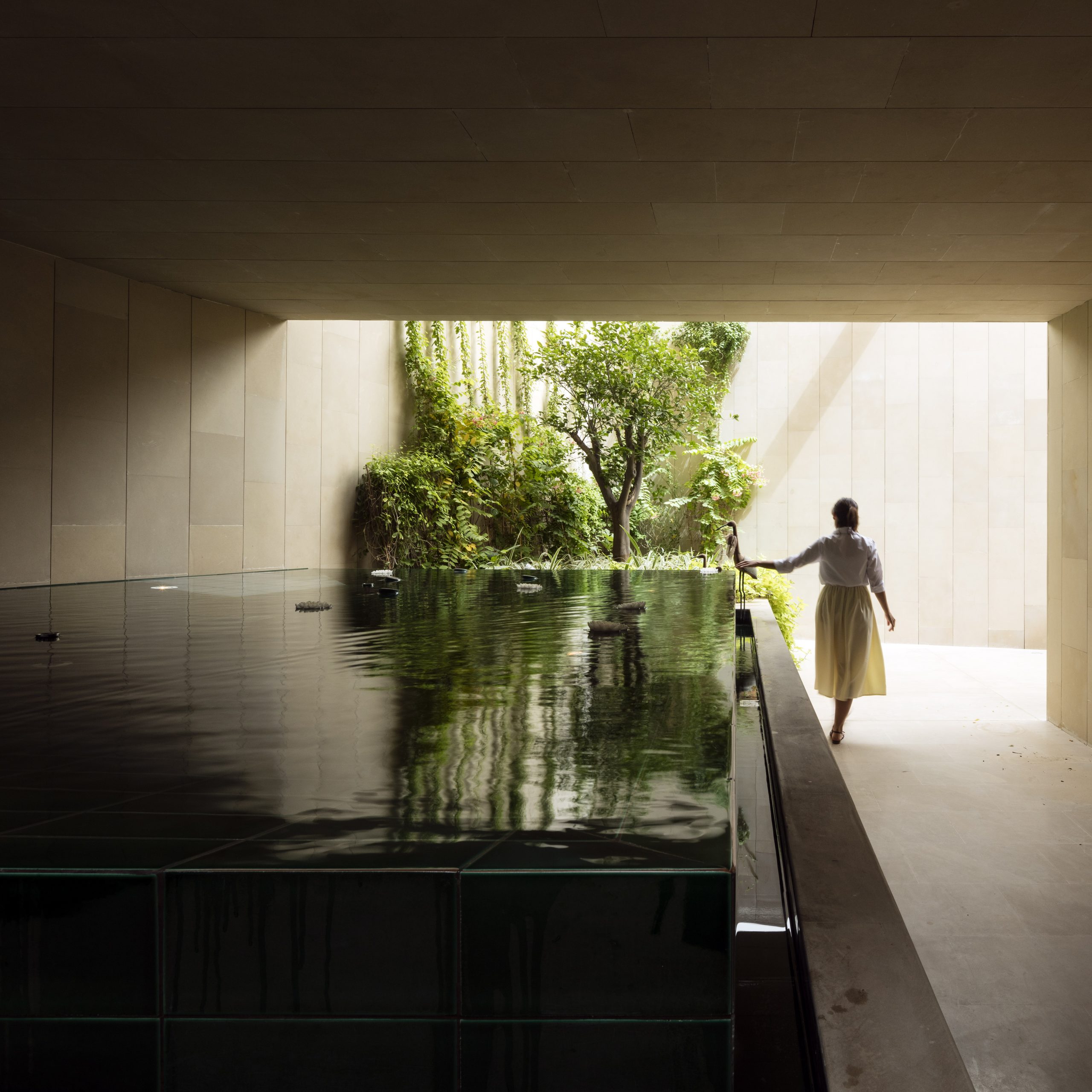 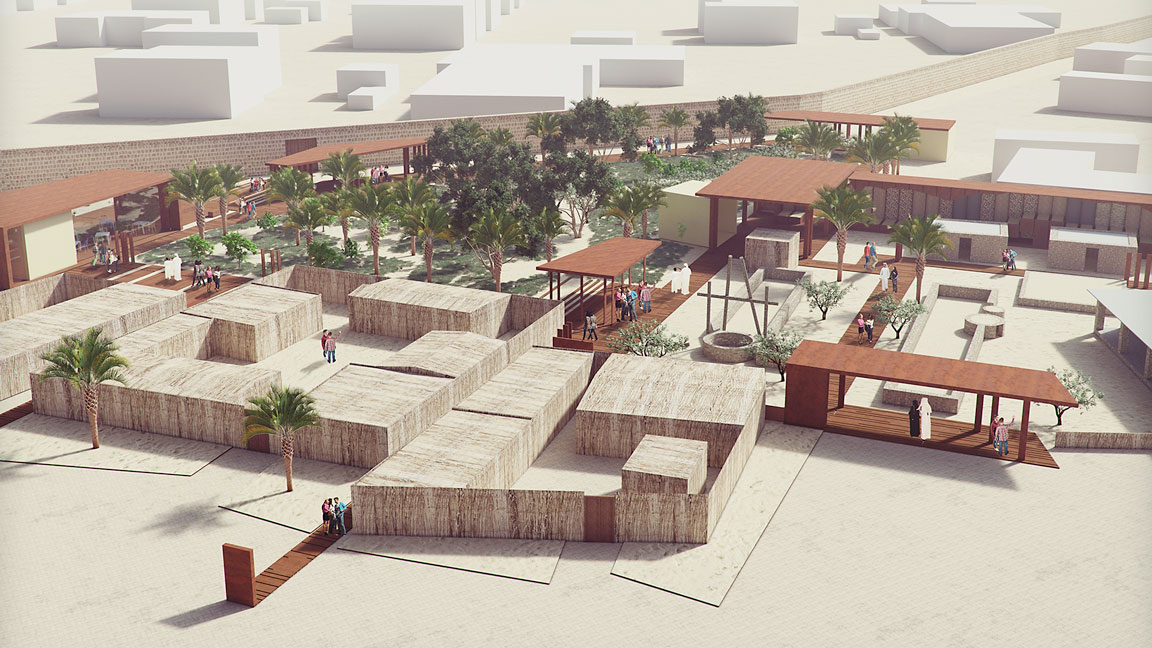